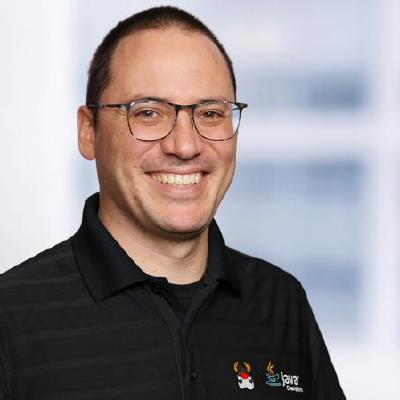 Andres is a Java/Groovy developer and a Java Champion with more than 20 years of experience in software design and development. He has been involved in web and desktop application development since the early days of Java. Andres is a true believer in open source and has participated on popular projects like Groovy, Griffon, and DbUnit, as well as starting his own projects (Json-lib, EZMorph, GraphicsBuilder, JideBuilder). Founding member of the Griffon framework and Hackergarten community event.

Would you like to build a project that follows the typical Maven conventions (such as publication to Maven Central) but you don’t know how to structure your Gradle build to generate docs, distribute it or perform code analysis?

Join Andres Almiray, Developer Advocate at Gradle Inc, to learn about the Kordamp Gradle plugins, a project which provides a set of Gradle plugins that define a conventional structure and many features commonly found in Maven builds.

You will learn how to create a powerful but familiar structure to leverage the features found in the Gradle Build Tool. After the workshop you should have a clearer picture on how to build, document and distribute a project.